Enter your City name or Pincode

Siwan is a famous city of Bihar, and is located towards western region of the state. Originally, the district was a sub-division Saran District, but since 1972, it is treated as a separate district. Presently, the geographical location of the district lies at 26.22°N 84.36°E. With a total land area of 2219.00 Sq.Km., the district holds a population of 3,318,176 as according to 2011 census. The region is bounded by the Saran district on the east, Gopalganj on the north, Deoria on the west and Balia on the south.The Siwan district covers the western region of North Bihar, which is segment of alluvial plain belonging to broader Indo Gangetic Plain. The area covered by Siwan is approximately 1.27 percent of total Bihar’s property while the population constitutes only 2.54 percent of the total Bihar’s population.

Siwan ecures transitional zone of moist climate of West Bengal and dry climate of Uttar Pradesh. However, since it is geographically closer to Uttar Pradesh region so on a whole the district faces drier climatic conditions.Hot westerly winds are observed by the district during beginning of March that stays till May. Months of April and May are favored with light, damp easterly wind blowing intermittently and noontime storms complimented with rain and may reform as rainless dusty storms of Uttar Pradesh.With a hike in temperature level above 38°C, the summer season of May and June experience ‘Loo’. 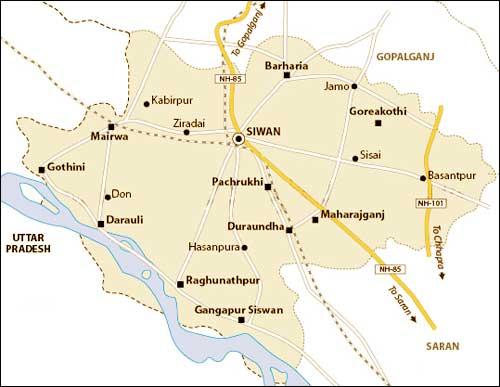 Since, this is one such district of Bihar that holds location in transitional zone so arrival of Monsoon is late here.But, average stay time of monsoon in Siwan is more than that in U.P. which tends to stay till September. This is in fact the month which offer maximum level of rainfall to the region. As far as July and August are concern, they are oppressive months that possess heat mingled with high humidity.Winters are good in Siwan as they are pleasing with low temperature.Sometimes, western depression may occur in this region and offer light rainfall, thereby making winters more cooling and chilly. The average amount of rainfall accompanied by Siwan district is 1.20 centimeters, as according to data of last 50 years.

Siwan holds unique topographic features by being a part of the alluvium of the broader Indo-Gangetic Plains. The recent (Holocene) period is responsible for geological formation of the districts tract. Moreover, the Himalayan Rivers have significantly contributed towards formation of its tract. According to recent estimations, the district is span over major portion of alluvium and is more than 5000 feet in depth. Geo-morphologically, the district of Siwan also constitutes a part of Gandak cone. The Gandak cone is the result of silt—charge and discharge of the Himalayan Rivers towards the plain region that occur during the pahes of deposition.The entire district of Siwan is inclusive of featureless terrain that holds general slope ranging to southeast from northwest. This slope is imperceptible as it is only 8 inches a mile. If you look at the headquarters of Siwan district, then it is located only 64 meters (210 feet) from sea level.

There are few small rivers flowing in the district of Siwan. Daha, Jharahi, Dhamati, Gandaki, Nikari, Siahi and Sona are major small rivers found within the interiors of this district. The southern boundary of Siwan is formed due to river Ghaghara, which is also the main flowing stream of the region.In fact, the river Ghaghara is the only perennial river of the region with its source as Himalayan, all other rivers belong to different origins. The unique thing is that rivers of Siwan get inundated every year. 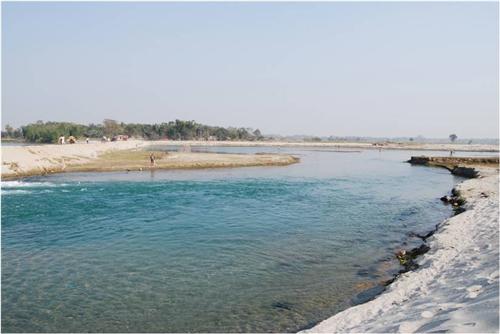 The rivers Daha and Jarahi are tributaries of Ghaghara while Dhamati and Gandaki rivers are tributaries of river Gandak.The streams of Nikari and Siahi drain straight towards Jharahi while the Sona stream flows to river Daha. All these rivers and streams play a major role during raining season, as they are helpful in draining out excessive water from the district.The southern region of the district that flows along Ghaghara river is termed as ‘Draras’, which is mainly the formation of sand heaping along with thin layer of silt and clay.Dilution Rae and Alluvium are major works of Ghaghara river in this region, where boundary issues has resulted to transfer of land from and to the district.

As per the latest census of 2011, the district of Siwan holds total population of 3,318,176, out of which the females and males are 1,646,055 and 1,672,121 respectively.Over the years, the average literacy rate of the district has increased from 51.65 in 2001 to 71.59 in 2011. The literacy rate for males is more in the district as compared to those for females.Bhojpuri is the local language of the region. Besides this, the people of Siwan also speak languages such as Urdu, Maithili and Hindi. Totally, there are 19 blocks, 1431 villages and 305 Panchayats in the district.The smallest block of the district is Nautan Block with a total population of 73378 while the biggest block is Siwan block with total population of 272509.Gur, Bamboo Stems, Sutali, Pottery, Tobacco, Woods products are the major items exported from here.

Agriculture is a main activity conducted in the district for general living. In addition to this, handloom items are produced on large-scale basis, which are also exported to different parts of the country.
The major crops produced in Siwan district are Wheat, Maize, and Sugar Cane.Jinning factory, Sugar producing factories and Handloom industries are major industries of the region. as such there are no forests in the region.

The Siwan district falls in an area that holds an intermediary position between the Khader plains of West Bengal and Bhanger Plains of Uttar Pradesh. Bhanger or Banger is the old form of alluvium soil, which is inclusive of heavy soil that constitutes more proportion of clay.As compared to this, the Khader is the new form of alluvium soil that has resulted from river deposits. There are both kinds of soil found in Siwan but there is limited availability of the newly formed Khader soil. 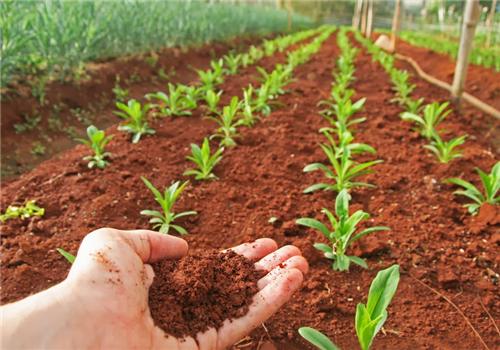 Khader soil is limited to vicinity of Siwan rivers, and is consistently renewed by fresher deposits.Mainly, the Khader soil is present around the ‘Diara’ or boundary areas of rivers in Siwan. The local terms used for Khader soil is ‘Domat’ while that for Bhanger is ‘Balsundari’. The Bhanger soil is inclusive of ‘Kankars’, which are nodular segregations of lime carbonate.At many places, the soil is sulfurous and therefore the extraction of saltpeter is essential. For this reason, there are plenty of old industries conducting the extraction process present in the region of Siwan district.

Comments / Discussion Board - Geography of Siwan